Sampoorna Swaraj Foundation is founded by Dr. Shankara Prasad, currently its Managing Trustee. Dr. Prasad’s educational background includes an M. Tech degree from Indian Institute of Technology, Kanpur and Ph.D. from State University of New York, New York. Dr. Prasad is an active e-governance evangelist and his passion is to bring Six Sigma process methodology and philosophy into the Indian Government domain particularly in Gram Panchayats. Dr. Shankara Prasad led his team to conceptualize & design the Sampoorna Panchayat solution to make Indian Local Government organizations e-enabled and paperless. He has been actively advocating bringing ICT at the “Bottom of the Pyramid” and bridging the digital divide between rural and urban India.

Prior to starting the Sampoorna Swaraj Foundation, Dr. Prasad has spent more than 25 years running a software company as well as working in the computer chip manufacturing industry working for major semiconductor companies including Intel, California, Cypress Semiconductor, California, Robert Bosch, Germany and most recently as Vice President of Engineering & Technology Development at CS2 in Belgium. Dr. Prasad has traveled and consulted with more than 30 companies in 17 countries including Brazil, Switzerland, Singapore, and Italy. Kluwer-Springer published the 700 page book on Advanced Computer Chip Technology by Dr. Prasad in 2004. Dr. Prasad has also published 10 interactive multimedia E-learning courses in computer chip design and manufacturing technologies.

Dr. Prasad was awarded the 1998 IEEE award for “Major Educational Innovation” for innovation in the delivery methods of engineering education. He was adjunct professor at California State University, San Jose and Advisor to Center for Electronics Development & Technology, Indian Institute of Science, Bangalore. He has published more than 40 papers in major international technical and trade journals and conferences. He has been Chairman, Secretary and Member of many National and International Organizations in India, Europe and the USA. (1980 – 2005); he was a Member, Karnataka IT Task Force for Rural Advancement (2002) and Advisor to the Knowledge Commission of Sikkim Government and a member of National E-Governance Architecture Committee.

Dr. Prasad is the Coordinator of Sachidananda Nagar Nyayapara Andolana which used Gandhigiri, Satyagraha, RTI and Lokayukta to fight corruption in Bangalore.

Ravi has been a Co-Founder & Trustee of Sampoorna Swaraj Foundation since inception. Ravi has a Bachelor's degree in Electronics from Bangalore University. Ravi has over 30 years of experience in managing software companies. He has been responsible for building products and IT services business in Manufacturing & Banking / Financial Verticals. Ravi has coached / mentored software companies to achieve accelerated growth targets process / quality improvement, organization re-structuring.

IAS, Former Secretary, Ministry of Information Technology:
Trustee at Sampoorna Swaraj Foundation and advises SSF on government interaction. In a career spanning 38 years, Mr. Kohli held several posts in Assam, Meghalaya and in several economic Ministries of the Government of India. After serving as Joint Secretary in the Ministry of Chemicals and Fertilizers and Minister, (Economic) in the Indian Mission to the European Union he was appointed Secretary, in the Ministry of Information Technology. Keshava Prasad brings over 25 years of experience in IT and Consulting, Software Development, Product Engineering, Agile and Program Management. He previously worked as the Vice President for Citibank, Singapore. He has extensive working experience in global projects with Department of Health UK, NHS UK, Airlines, Banking, Automotive, Hospitality, and domains in Countries including India, UK, Singapore. Mr. Prasad is also the Project Director and an Advisor to Sampoorna Swaraj Foundation. 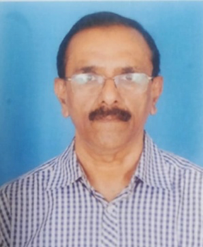 Janekere Sadananda is a retired Professor of Political Science from Kuvempu University. As part of his work, he designed and implemented a unique certificate course for Elected Members of Gram Panchayats in Karnataka as a collaborative project for Kuvempu University and Department of Rural Development and Panchayati Raj. Professor Sadananda was also a South Asian Visiting Fellow at Oxford University, 1991. Professor Sadananda held the position of Director of Centre for the study of Local Cultures which was a project sponsored by Ghent University, Belgium, and also for the Asia-Link Project sponsored by the European Union.

Gopal has professional experience in the electronics and semiconductor Industry. He lead various teams and organisations for Intel and Advanced Micro Devices in the United States. Most recently he was the Managing Director of Maxim Integrated Products, India. Gopal’s interests are preventive healthcare/wellness engineering and rural livelihood development, and social enterprise models, for which he is currently involved in volunteering, innovation, and solutions development. Gopal is currently a board member at Karuna Trust. Karanth worked for 29 years at Vijaya Bank as a Manager till the year 2000. Since then, he works as an independent Project Consultant. Karanth is an inspiring social activist who is focused on helping and working with the needy and the under-privileged. Pradeep Pydah is the CEO of AsterQuanta. He has MS in Electrical Engineering from the University of Southern California, Los Angeles. He brings more than 17 years of experience in Silicon Device level Physics-to-AI-Systems where he worked with Intel, Texas Instruments, Cypress Semi and Maxerience. He has built multi-domain technology and operations team from scratch for scale up. Sham N Kashyap is a Research Fellow at the School of Policy and Governance at Azim Premji University. He is primarily involved in research and advocacy on issues related to rural governance and local service delivery. Sham has a dual Masters degree in Computer Science and Agricultural Economics from Kansas State University, USA. Sham has served as a Panchayat Development Officer with the Government of Karnataka. He has more than 15 years of work experience in the development sector
Test Data
Get In touch with us